The following monographs in the Shaping American Lutheran Church Music series, and the book by Carl Schalk, have been published and disseminated to U. S. Lutheran seminaries and universities. They are also available for sale through Fortress Press, Amazon, Concordia Publishing House and MorningStar Music Publishers. 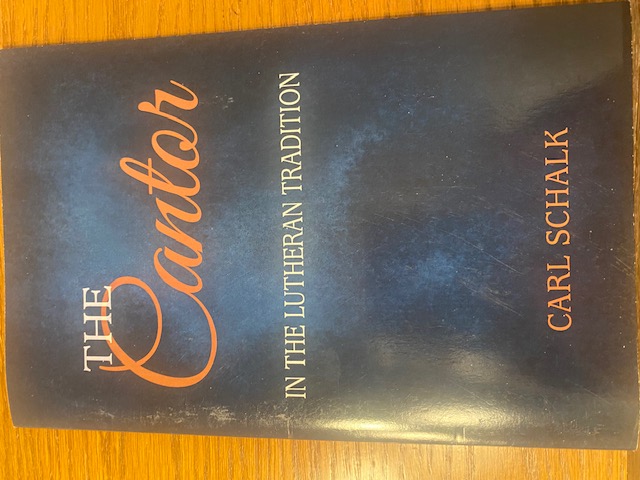 The Cantor in the Lutheran Tradition 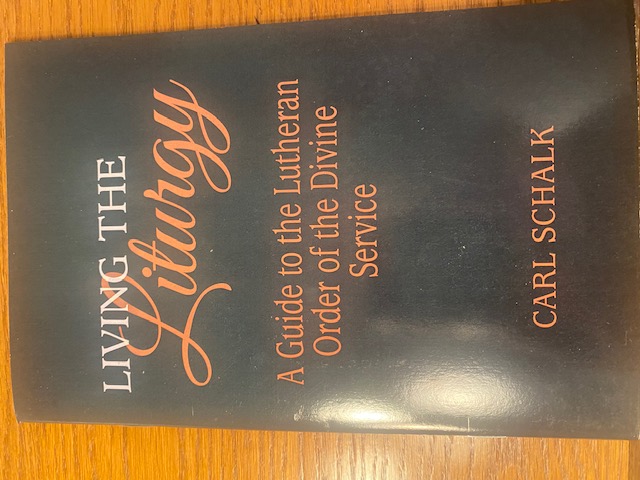 Living the Liturgy: A Guide to the Lutheran Order of the Divine Service

Explains the origins and various parts of the communion liturgy. 48 pages. 2022 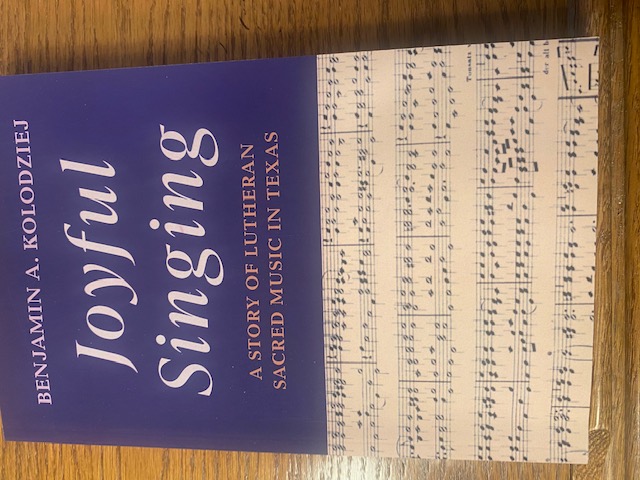 Joyful Singing: A Story of Lutheran Sacred Music in Texas

Uncovers and records the story of those who undertook the daunting and uncertain work of carving out a new life in a new land and of the music that accompanied them. 201 pages. 2022 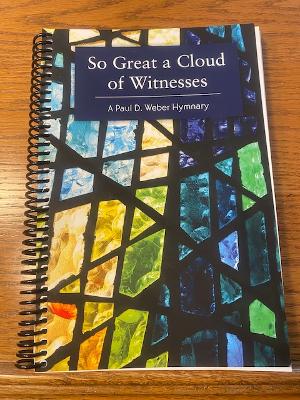 So Great a Cloud of Witnesses: A Paul D. Weber Hymnary I Walk with Angels: The Life and Work of James Engel

The story of Engel's life as a parish musician, composer, and professor.166 pages. 2019 Anna B. Hoppe: Her Life and Hymnody

The life and vocation of a faithful and prolific Lutheran hymn writer. 148 pages. 2018 Paul O. Manz: The Enduring Legacy of the Hymn Festival

Paul Manz enjoyed a long career, serving as a organist, composer, teacher and recitalist. Known for his improvisations, Manz cultivated and vigorously promoted the idea of the hymnal festival - a program of singing, readings, and organ music, often assisted by choirs and instrumentalists. Hymn festivals continue to be popular throughout the United States largely due to his vision and energetic leadership. The Precious Gift: The Hymns, Carols and Translations of Henry L. Lettermann

Lettermann served as professor of English at Concordia Teachers College, River Forest, Illinois, from 1959-1988 where his talent for poetry became readily apparent. From 1979-1987 he served as a member and secretary of the Hymn Test and Music Committee which produced Lutheran Worship in 1982. His original texts, translations and observations about the process of preparing this new hymnal provide fascinating insights. Spaeth was the daughter of nineteenth-century Lutheran theologian Charles Porterfield Krauth. She served as music editor of the Church Book with Music (1872), a very influential early Lutheran hymnal. The author served for twenty-six years as professor of worship and music, and dean of Christ Chapel at the Lutheran Theological Southern Seminary in Columbia, South Carolina. Crull (1845-1923) edited and compiled the first edition (1889) of the Evangelical Lutheran Hymn-Book, thus playing a critical role in shaping the hymnic tradition of the Lutheran Church—Missouri Synod as it transitioned from German to English. The author served for twelve years as assistant director for the LCMS Commission on Worship and since 2010 has served as senior assistant to the president of the LCMS.

The career of F. Samuel Janzow (1913-2001) was marked by roles as pastor, professor, and scholar. In all of these he served with great humility, from shepherding a small congregation in London during the blitz, to teaching countless college students, to his many editorial contributions to Lutheran Worship (1982). An ordained Lutheran pastor with a Ph.D inliterary studies, he left the Church an amazing legacy.

Luther Reed: The Legacy of a Gentleman and a Churchman

The career of LUTHER D. REED (1873-1972) was marked by roles asa pastor, professor, and seminary president. In the midst of the “frontier tradition” he, with the assistance of many others, helped Lutherans in America recover their liturgical inheritance. He was a founder of the Lutheran Liturgical Association in 1898 and is best known for his monumental The Lutheran Liturgy: A Study of the Common Service of the Lutheran Church in America (1947). The essays in this collection are gathered from presentations made over the years to various groups interested in the worship and music of the Church. Some essays have previously appeared in print but are in a variety of publications no longer generally available.While these essays were written at different times and for widely different occasions over an entire career, they are grouped here for convenience in five categories: three are general essays on the tradition of the Church’s song; six deal specifically with the Lutheran tradition of worship and church music; three essays discuss different aspects of Lutheran hymnody; three essays are on the composer of church music in the Lutheran tradition; and several miscellaneous items address acoustics in worship, appearing together with several brief homilies and other devotional writings.

At the root of these writings is the simple proposition that church musicians need to be both theologically informed and musically skilled—that they are simultaneously church musicians and church musicians. It should also be evident that several underlying themes form the background of these essays. Sometimes explicitly stated, more frequently they are implicit in the argument. These include the central importance of the great tradition of the Church’s worship and song and the central role of proclamation and teaching in the Church’s worship, its music, and its congregational song.