Dr. Gary Saul Morson, distinguished professor at Northwestern University, presents “Do Absolute Values Exist? A Russian Question” as the inaugural speaker for the Lectureship in Christianity, Humanities and Public Life.

His presentation examines several outcomes of the intellectual inclination toward materialism and atheism, which the Soviet Union used as the basis for actual policy. He will address related questions, including: If people are nothing but material objects, why should human life be respected? If ethical systems have no higher warrant, what if anything could restrain those with power? If one adopts thoroughgoing utilitarianism—what matters is only the result—how does that affect the behavior of those really brought up to believe it?

As the Lawrence B. Dumas professor of the arts and humanities, distinguished professor at Northwestern University, and an American literary critic and Slavist, Dr. Morson is widely known for his scholarly work on the Russian novelists Tolstoy and Dostoevsky. His academic work span a variety of disciplines: literature; the history of ideas, both Russian and European; and his favorite writers, Chekhov, Gogol, Dostoevsky and Tolstoy. He is particularly interested in the relation of literature to philosophy.
>>Learn More

About the Lecture Series

Established in the fall of 2021, the Lectureship in Christianity, Humanities and Public Life is a biannual series designed to explore the intersection of and tensions within the humanities, science and the Christian faith. It is generously funded by Dr. and Mrs. C Ross Betts.

Service of Lessons and Carols 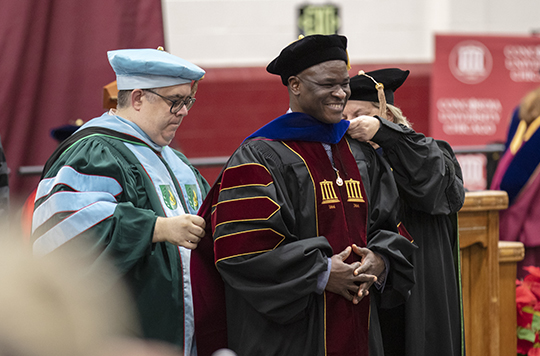