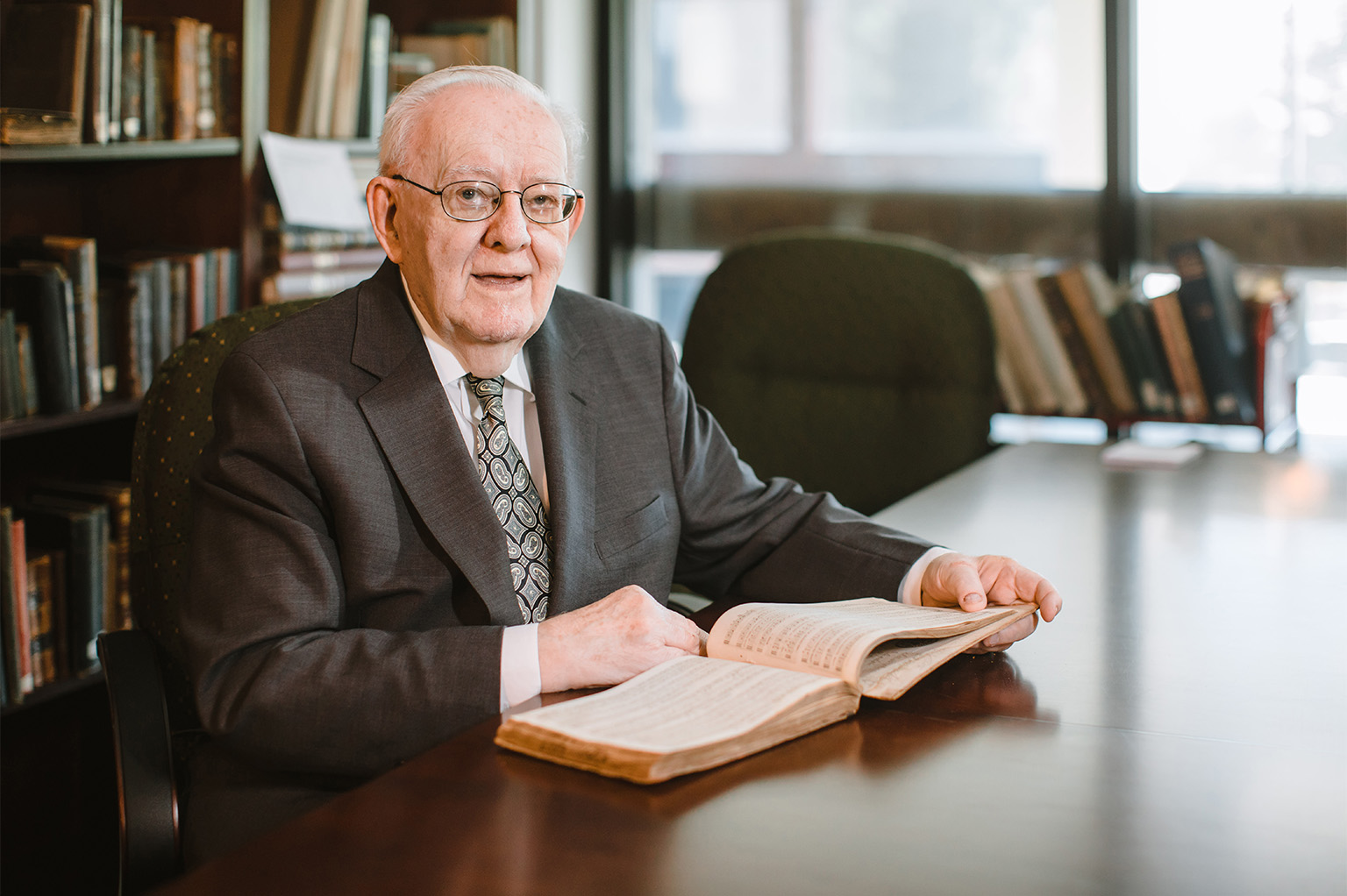 We so rejoice in the heavenly gifts he now receives as a part of his eternal reward, not the least of which is again being with his beloved Noël.

We are all so blessed to be a part of such a crowd of living witnesses—sharing joys, dividing sorrows, constantly encouraging one another and serving God’s people in their song of faith!

On January 24th the church and all who care about church music lost one if its richest treasures. It has been my privilege to know Carl Schalk first through his music, then as my teacher, and for the last 36 years, as a fellow faculty member. Richard Hillert, his friend and Concordia colleague once light-heartedly referred to him as “Mr. Church Music.” But in many ways, the title fit perfectly, because Carl made immeasurable contributions to the practice and our understanding of church music.

As a composer, Carl had a unique gift: to write well-crafted music that was never unnecessarily complicated nor overreaching for a splashy effect. He had a wide-ranging knowledge of poetry, and an unerring ear for a beautiful text that needed to be set to music. Most of his tunes, like “Now the Silence and “Thine the Amen” seem to sing themselves. His choral anthems have been sung by tens of thousands and will have a permanent place in the repertoire.

Carl’s hymnological research explored the riches of the Lutheran tradition, especially the Lutheran chorale. As a writer, he offered ideas firmly grounded in liturgical principles and constantly challenged musicians and the clergy to re-evaluate their own congregational practices in the light of long-standing Lutheran principles. The fundamental principle that he wanted to convey was that the music of the church has, as its primary role, the proclamation of the Word.

Carl’s vision was neither parochial nor local. Early on, he welcomed the insights of those in other denominations, without compromising those of his own. Lectures in Church Music, which he founded and led for twenty-nine years and the journal Church Music frequently included leaders in other liturgical traditions. While he enjoyed a fairly rich practice of music in his immediate circle (Concordia University and Grace Lutheran Church), he promoted the principles of liturgical music and an expanded role of the church musician for the church and all congregations large and small through his writings, presentations, and brief reflections like those in his publication First Person Singular.

Carl was at no loss for ideas and projects to be done. Throughout his career, he encouraged this Concordia colleague and many others with creative ideas for a recital, a presentation, a research project. Even in his last few years he still had ideas for projects that he wanted to complete. A few examples: a choral setting of evening prayer; the Orkney Psalms, settings of poems by Jill Peláez Baumgartner, based upon his travel to those islands; authoring two monographs on liturgy and the Lutheran cantor; a new, forthcoming, choral work, “The First Noël,” dedicated to the memory of his dear wife Noël, who died in 2016.

Carl loved people. He always had a clever word and a great gift for making people feel at home around him. Sometimes his quick wit was rather “pointed,” but that was part of his charm. Like his tunes, Carl’s personality was infectious, and people who had just met him often felt as if they had known him for a very long time. He was an excellent presenter, and as a true Lutheran teacher, never missed an opportunity to share his love of church music.

Those of us who knew him personally will miss him. The church will miss him.  But Carl is very much with us in his writings, his chorale works, and his hymn tunes. He was fond of citing Martin Luther’s comment that when we sing, it is not “thus sings Ambrose, Gregory, Pruduntius…, but thus sings the Christian church.”  Because of the legacy left to us by Carl Schalk, the Lord’s dedicated and life-long servant, the song of the Church, the song that we share, will be ever richer.

Rest eternal grant him, O Lord, and may light perpetual shine on him.

*All available from the publisher or on Amazon